The Memorial of Mary, Mother of the Church 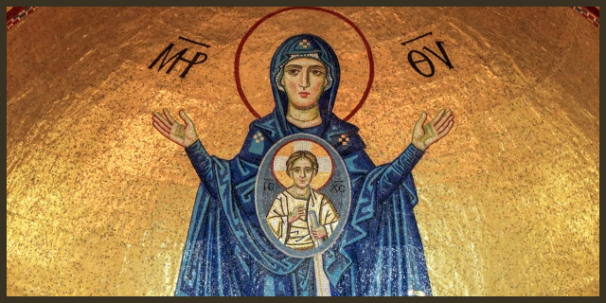 For those God foreknew he also predestined to be conformed to the image of his Son,
that he might be the firstborn among many brothers and sisters.
Romans 8, 29

On 11 February 2018 (Feast of Our Lady of Lourdes), Pope Francis l signed a decree that devotion to Mary as Mother of the Church be annually celebrated in the sacred liturgy as a Memorial. The Memorial of the Virgin Mary, Mother of the Church (Beata Mariæ Virginis, Ecclesiæ Matris) was inserted into the Roman calendar to be celebrated each year on the Monday following Pentecost Sunday.

In his decree, Pope Francis reminds us how it is that the Virgin Mary is our Blessed Mother by citing St. Augustine and Pope St. Leo the Great:

Pope Francis penned a short prayer at the end of his Encyclical Lumen Fidei (29 June 2013) that invokes the maternal intercession of the Virgin Mary, Mother of the Church. We can recite the prayer below on any day of the year.

Mother, help our faith!
Open our ears to hear God’s word and to recognize his voice and call.
Awaken in us a desire to follow in his footsteps,
to go forth from our own land and to receive his promise.
Help us to be touched by his love, that we may touch him in faith.
Help us to entrust ourselves fully to him and to believe in his love,
especially at times of trial, beneath the shadow of the cross,
when our faith is called to mature.
Sow in our faith the joy of the Risen One.
Remind us that those who believe are never alone.
Teach us to see all things with the eyes of Jesus,
that he may be light for our path.
And may this light of faith always increase in us,
until the dawn of that undying day
which is Christ himself, your Son, our Lord!
Amen!

On the Memorial of the Virgin Mary, Mother of the Church
6 June 2022